Read on for more details and an exclusive excerpt from the book!

Busting the Brass Ceiling: How a Heroic Female Cop Changed the Face of Policing

FANCHON BLAKE joined the LAPD in 1948 and walked a beat in a skirt and heels for three years. Her ambition to rise in the ranks would be curtailed by an increasingly discriminatory agenda, but her relentless tenacity finally led to a promotion to sergeant nineteen years later. When LAPD policy barred her from rising any further and threatened to eliminate women from the department, she sued. The historic case would change the face of policing around the country.

The words CONFIDENTIAL SURVEY caught my attention. I picked up the paper and read: A Survey to Justify Why Men Do Not Want to Work with Policewomen. I loved the LAPD. But I sure didn’t love the way they treated the women on the force. Were things about to get worse?

I looked around the LAPD squad room, where I worked as a detective investigating forgery, but no one was paying attention to me. I gazed again at the paper I held. It was from the chief’s office, complete with an authenticated signature. For years, I had protested the fact that no new women officers were being hired, and that a substantial number of female sworn officers had already been reassigned to desk jobs. Now it seemed that management was setting up a justification to eliminate women from the job altogether.

Surely, the chief had more brains than to try to circulate something as bizarre as this survey, but nobody else would dare take that kind of action without his knowledge. I couldn’t let this go unchallenged. I would have to flush it out into the open, which meant confronting the chief. I couldn’t do that alone. He would crucify me.

I convinced the president of the Los Angeles Policewomen’s Association to ask the chief to explain the blatantly anti-female survey to his female officers. Surprisingly, he agreed to meet with us on January 10, 1971. 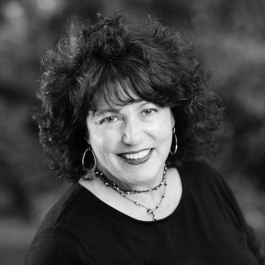 LINDEN GROSS is a bestselling writer. She ghostwrote Julia “Butterfly” Hill’s New York Times bestseller The Legacy of Luna (HarperCollins, 2000). Publishers Weekly wrote that Hill’s “firsthand exposition of destructive forest practices … is extremely powerful, and her book, a remarkable inspirational document, records a courageous act of civil disobedience that places her squarely in the tradition of Thoreau.” Gross is also the writer behind Kathryn and Craig Hall’s national bestseller, A Perfect Score: The Art, Soul, and Business of a 21st-Century Winery (Center Street, 2016).

Gross has authored, co-authored, or ghostwritten an additional eight books, including Ms. Cahill for Congress (Ballantine, 2008), the stirring tale of public school teacher Tierney Cahill, who on a dare from her class ran for U.S. Congress, and Surviving a Stalker: Everything You Need to Know to Keep Yourself Safe (Incubation Press, 2013), a revised edition of To Have Or To Harm (Grand Central Publishing, 1994), the first book written about the stalking of ordinary people. Gross also functions as a writing coach and an editor, helping other people to write their nonfiction books and novels, several of which have gone on to become bestsellers.

An indestructible object full of strong magic, tempting the darkest of souls. Rare rainbow roots that are sold for a high price in the city, offering a young man a way to pay rent as he faces eviction. The secret to taking down a corrupt king and avoiding disenchantment, if a young Pixie succeeds in reaching her destination.

It is believed that all of these things can be found in the Valley, accessed through an Enchanted Forest that is struggling to survive against a dark magic- harnessing monarchy. A rebellion is stirring, and when Forest Pixie Fillii falls from a tree, landing directly on top of unemployed Amer (who doesn’t believe in things like Enchanted Forests), their journeys and worlds literally collide.

With vastly different yet strangely similar backgrounds and experiences, Fillii and Amer must both decide whether they can afford to trust each other, and what is worth fighting for.

Joined by magical creatures such as Elves and a Caribou army, Fillii and Amer find themselves in the midst of an epic battle of survival, old magic, and secrets carved in stone.

Megs Calleja is a Canadian writer and actor, whose professional screenwriting has aired with TELUS and The CW. A member of the Playwrights Guild of Canada, Megs is inspired by magical wardrobes, shooting stars, marmalade on toast, and dancing in the rain. This is her first novel.

I did the Anti TBR Tag that was created by Nicole & Her Books! It was weird to talk about books I didn’t want to read but also fun at the same time! Let me know what books you have no interest in reading in the comments below. Check out the video below: