I’m pleased to share with you the book that started it all, award-winning novel Vagrant, the first novel in the Vagrant Chronicles. Read on for more info! 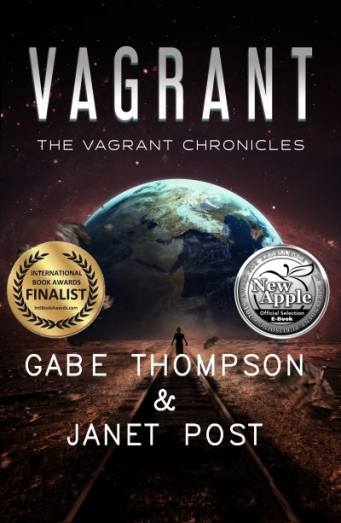 Logan Hall is a Vagrant, one of the disenfranchised living beneath the mega city of New Washington. The Vagrants have to hide from the Company who is rounding all of them up and shipping them to newly discovered planets to work in the mines. That’s what happened to Logan’s father.

Shayna is one of the privileged. She has a chip, a credit disc, and lives in a shiny stainless steel and glass high-rise above ground. Shayna is allergic to corn so she is one of the few above ground people who is not stoned on Sopore. Sopore is a drug found in genetically altered corn. It’s in almost all food. The Vagrants know about Sopore and avoid it.

These two teens from wildly differing environments meet by accident and fall in love. Logan will stop at nothing to rescue his friend Raj, captured and sent to the moon. Together, he and Shayna will follow his dream of finding his father who was sent to work in the mines of Gliess 67.

Logan opened the heavy door to the cold locker slowly and peered out. It was night. He knew only a skeleton crew manned the morgue at night because there was a shortage of qualified help in the cities. There was a shortage of trained workers all over the world. Ever since John Demaris discovered what he named the warp drive after the hyper drive in Star Trek, and space travel to far worlds became a reality, the government had been rounding up every able-bodied man on the planet and shipping them off-world to work the mines of faraway galaxies. That’s where Logan’s father was. He’d been caught and shipped off to what the Mole People called Planet 666, Gliese 667, a brown planet with enough water to maintain life and lots and lots of gold.

“Come on,” he said to Raj. “We have to make the pickup in five minutes.”

They found hospital scrubs in a cupboard and put them on. Dressed like every hospital employee, the two boys slipped through the dark hallways of the hospital, took the stairs to the ground floor and then ducked outside. Logan led the way around the building to the alley in the back and the row of garbage containers behind the Emergency Room. He shoved Raj behind one marked with a red biohazard tag and squatted down to wait.

Logan took out half of a cigarette and lit it with a match he took from a plastic bag. He inhaled deeply and Raj shook his head. “Why do you do that?”

“Cause my dad did. He loved a good smoke and so does I. It’s relaxing to me. I get pretty cranked runnin’ through the tunnels and you need a calm head about you to survive.”

The glass doors of the ER slid open with a sucking sound and Logan peaked around the edge of the trash container and there she was . . . his angel.

“Don’t even look at her, mole. She’s so far above us, she don’t even exist. She’s a vision, an angel from above.”

“Well, your angel is toting a white plastic bag. Is that our package?”

Logan nodded. When Raj leaned across Logan to get a better look, he accidentally shoved Logan who reached out to catch himself from falling on his face and banged the edge of the container. The angel gasped and looked right into his eyes.

She was so beautiful. Her long black hair swung over one shoulder when she bent over to look at him through the clearest brown eyes Logan had ever seen. They were filled with the innocence of the protected, a girl who had never eaten roasted rat or run for her life into tunnels so deep beneath the city you encountered an even worse nightmare, the Worms. And then it hit him. Her pupils were small, her gaze focused. Unlike the majority of the people who lived topside, she looked straight.

“Who are you?” his angel asked.

Logan stood up and brushed the top layer of filth off his borrowed scrubs. He straightened his back and shoved a lock of dirty blond hair out of his eyes. “I’m Logan. I come from down there.” He pointed to his feet then grabbed Raj by the shoulder. “This is my little buddy, Raj.”

She backed up rapidly still clutching the white-plastic bag. “You’re one of them? You live underground?”

Logan thrust his well-developed chest out and lifted his chin. “Yeah, we’re not animals you know. We’re people, too.”

Shayna Nagata was in shock. All her life she’d been bombarded with horror stories about the people who lived underground. The homeless, the poor, the mutated animals no one wanted would come out of the manholes at night and feed on the children of the rich and privileged. Her parents had drummed it into her head. Never, ever, ever talk to anyone you think does not belong above ground. They have no chips. They have no credit and no job. They kill people like her and steal children away to feed on under the earth.

She reached out a shaking hand and touched his arm. It was thick and corded, not like the soft white arm of her father who was a lawyer. “You’re real.”

“Yeah, I’m real and you’re not stoned. What’s wrong with you?”

She backed away again clutching the plastic bag. “I don’t know what you’re talking about.”

Then she understood. “I can’t eat corn. It gives me bumps.”

The larger boy who said his name was Logan laughed and elbowed his smaller friend. “She’s gotta be the one person topside besides the doctor that ain’t zonked. How funny is that?” He turned back to her and she noticed his blue eyes were clear, his gaze sharply assessing, and he was laughing at her because she was different.

And then he smiled and she noticed how white his teeth were. He even had big eye teeth and two crooked ones on the bottom. Everyone she knew had perfect, white, dental implants or veneers.

“So you can’t take the drug. Your life must be really weird.”

She shrugged. “They try to give me pills. I don’t like them.”

The entire population was addicted to a drug called Sopore. Sopore was a sedative genetically bred into corn by the chemical giant Monsonta. Corn, corn syrup, corn flour, corn starch, corn everything was in all the food. Shayna couldn’t eat it so she had to eat special food her mother bought. Her parents tried to feed her the pills prescribed by her doctor to make her like everyone else, but she didn’t like the way they made her feel, so she spit them out when no one was looking. 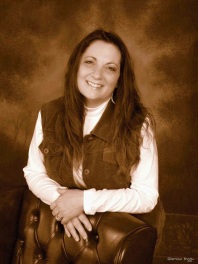 I’m the daughter of a Marine Corps colonel. I lived the military life until I got out of high school. At that point I was a wild child. I got married and moved to Canada where I lived up the Sechelt Inlet, the scene for Spellcast Waters. I lived in a log cabin, with wood heat and a wood cook stove fifteen miles by boat from the nearest town. I’ve moved a lot. Between the military upbringing and just rambling around the country, I’ve moved 40 times.

I lived in Hawaii and worked as a polo groom for fifteen years. I love horses and I paint, and I write. Now I live in the swampland of Florida with too many dogs and my fifteen-year old granddaughter. Life is beautiful. Live in the moment. 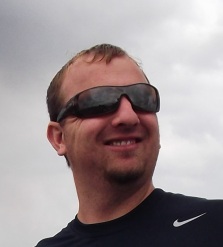 My mother and I started writing young adult and action novels together about five years ago. We work well together because we share many of the same interests. I have a degree in journalism and currently teach middle school in Jacksonville, Florida where I live with my wife and twelve-year old son.

I did the Contradictions Book Tag. It was fun to talk about different books that I liked and didn’t like from each genre. Let me know what your answers would be for these in the comments below!