Welcome to the tour for R.S.V.P. by Ruchira Khana. Read on for details and a short excerpt from the book! I also have two $5 Amazon gift cards up for grabs!

Jay Sethi, an Indian-born American, has lived with the consequences of a torn family since a teenager. After facing the effects of unrequited love and unpaid credit card bills, he settles in a small town in California from where he embarks on a cruise with his canine best friend, Yogi. Jay is shipwrecked and washed ashore on an island. It is there he realizes the importance of love and the salvation in letting go.
Will Jay be able to make up for the time he has lost?
Will the broken bridges and the seemingly permanent goodbyes remain that way?
RSVP: A novel explores the lines between reality and illusion and the significance of family.

There is a strange tranquility as I realize I am surrounded by endless blue fluid. I try to talk, but no voice comes out. I frantically try looking around but except for the infinite azure, I cannot see anything.

With clenched fists, eyes wide open, and mouth shut tightly, I’m trying hard to understand where I am. I faintly remember having wished to be unborn, floating aimlessly in Ma’s womb. Has that wish come true?

That’s when I briefly catch a glimpse of Yogi. Oh no! We’re drowning. I begin flapping my hands to stay afloat. I rise, only to be sucked inside again. My hands are now paining. I cannot do it anymore.

Jay woke up with a jerk, breathing hard, sweaty with his hands flayed up mid-air. The nightmare felt real, and he thought he was going to die. His hands went to his throat inadvertently remembering that choking feeling. Recollecting his psychologist, Susan’s suggestion, he tried taking deep breaths. His sudden action made Yogi also rise with a woof, making him quickly jump from his sofa dog bed and get cozy next to his master.

Jay was quick to hug him, all the while taking deep breaths to return to normalcy. His eyes were twitching with droplets of sweat forming around his forehead. Licking his dry lips, he gulped imaginary spittle to moisten his parched throat, the image of him drowning simply refusing to leave his mind. “Susan mentioned this would go away. Alas! When? Why does this same nightmare haunt me? And whose voice is this?” Jay mumbled.

He paused for a breather, wiping the sweat off his forehead with the back of his arm while continuously patting his pet in a futile attempt to console himself. “Why? Why?” he moaned, trying to blink his moist, heavy eyes while attempting to reason out but no luck. The night-light was flashing various colors. He kept glancing at it for a sign, but no clarification came to him. His bedroom wore a scanty look equipped with just a queen-size bed and a table on each side that stood empty with no pictures.

He glanced at the clock that was beaming three in the morning on his side table. “Gosh! Another two hours of sleep, and slumber now refuses to take over,” he moaned. As if on the cue, Yogi began to lick his cheeks trying to relax his master.

Jay lay with the dog over him, allowing Yogi to soothe his fraying nerves, and soon he drifted off to la-la land. A couple of hours later, the alarm woke Yogi and him up with a startle. They stared at each other. Jay was embarrassed at first to see Yogi by his side as he remembered his nightmare. Sitting up on the bed with a jolt, he kept pressing the temples of his forehead while walking toward the bathroom, leaving Yogi puzzled since he hadn’t received any cuddles from his master yet.

“Atta boy!” he ordered, stepping out of the room dressed and wearing his running shoes. Jay leashed his pup, and the duo was out to catch some fresh air. Once back home, he was deep in thought while working monotonously. In a state of daze after crushing the coffee beans, he plugged in the coffee maker. Yogi was quick to break his chain of thoughts with a woof.

Jay acknowledged Yogi’s woof with a nod and smile, but that did not deter him. Finally, he bent down to stroke his fur which brought satisfaction to this small, compact, and hardy beagle as his hazel eyes and soft pleading expression made Jay melt with guilt over his earlier actions. A chuckle by Jay broke the silence, and Yogi’s tactics went berserk. “How can I ever be thankful enough to you?” he admitted while stroking both his ears playfully. “You are gentle, sweet, and so friendly that it has brought me out of the funk I was in!”

He poured Yogi’s dry food in his bowl and went for a quick shower. Yogi could not be disturbed. He was busy gobbling up his first meal of the day. While dressing, Jay remembered his three o’clock dream and paused while pressing his fingers on the teeth of his comb. He stared into the mirror with his gullible, deep-set eyes that were the window to all the memories he has made for the last twenty-seven years which provided those deep, visible lines on his forehead.

The mirror was rewinding the dream.

Sleepless nights, headaches, muscle cramps, and low back pain were a norm until he met Susan, his therapist. Thankfully, the pain was gone, but the occasional sleepless nights tormented him every time he delved into his past. It would bring back those memories he still could not triumph over, and he was adamant to keep the past in the past. Anyone who would try to bring those memories to the forefront would be chastised.

That sound made him come out of his reverie.

Jay was appreciative of Yogi since his pet could always feel his emotions whenever he was lost, upset, or low. He quickly combed his hair before bending down to stroke Yogi’s smooth white and tan fur. “Atta boy!” Walking toward the kitchen, he opened the door to the backyard so that his pet could relieve himself while he grabbed his freshly brewed cup of coffee.

As he sat on a chair, he noticed the empty bowl and eyed his puppy. Bladder empty, the pet was quick to place his two front paws on his leg and began his ritual of licking his face.

“No! Not the face, Yogi,” Jay objected as he pulled his face away, then paused to contemplate and gushed with embarrassment. “I am an opportunist, right?” Yogi paused and twisted his head sideways as if trying to decipher that word. For him, Jay was his dad, his caretaker, and he was obliged to take care of him whenever any opportunity arose. The word opportunist was a vague unit of language for him.

“Come on, buddy. Let’s go earn some money, so we can fulfill that bucket list of ours,” said Jay, opening the door for his pet. 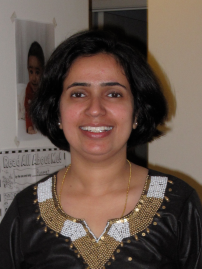 A Biochemist turned writer who gathers inspiration from the society where she writes about issues that stalk the mind of the man via tales of fiction. She projects the mental growth of her characters thus, making her readers tag her work as, “Books that make you ponder!”She blogs at Abracabadra which has been featured as “Top Blog” for three years. Many of her write-ups have been published on LifeHack, HubPages to name a few.

B is for Book Review (Spotlight) https://bforbookreview.wordpress.com

I was blessed by the lovely creators of Bookishly and received another Bookishly Book Box to do an unboxing video on my channel and show you what I received! Let me know if any of you have tried this box before and what you thought! Check out the video below: