Welcome to the book tour for Rain City Lights by Marissa Harrison! Read on for more details!

Coming of age and mystery blend in this stark, yet atmospheric tale of love and loss. A young woman is pushed onto the streets where she learns the harsh realities of what it means to survive, to serve justice, and to fight for the man she loves. As they navigate their way through Seattle’s Underground, Monti & Sasha will break and warm your heart!

In the summer of 1981, a serial killer preys on black, teenage prostitutes working Seattle’s arterial highways. But the eyes of youth are blind to danger, and Montgomery “Monti” Jackson is distracted by her own problems. She’ll be starting high school soon, and the return of her mother’s boyfriend heightens the tension in her fractured household.

To add to her worries, Monti fears she may be in love with her best friend Sasha. But as close as they’d once been, now they couldn’t feel further apart. Sasha is a burnout punk rocker, and has befriended the neighborhood drug dealer. And when an eviction notice is posted on Monti’s door, a strange dynamic forms between them.

One night, an altercation leaves her family penniless. So Monti turns to the very streets where a killer stalks and ensnares young women, beginning her journey towards understanding one, simple truth – sometimes your only choices in life are to love and survive.

Rain City Lights is a gritty, urban love story that explores how poverty, addiction and abuse is passed from one generation to the next.

The rain pelt so hard it sprang up from the porch like bullets. The detective removed his hat,  water dripping down his face, hiding tears but for his red-rimmed eyes. He couldn’t help crying,  after what he had seen and for the scene before him. The Christmas tree lit with multi-colored  lights and draped with silver tinsel. The cookies on the mantle. Frank Sinatra crooning “Jingle  Bells” from the record player. And a small boy wearing red pajamas. These were the reasons the  detective wiped his nose like a baby, and steeled himself to bear the bad news.

Mikael Sasha Coen already knew why the detective had come. Someone once said he could  smile with only his big, blue eyes. He tried this by focusing his eyes hard into the sadness that  seemed to hunch the detective’s shoulders. He curved the corners of his mouth upward just a  little. It was enough to make the detective smile back.

“He should leave the room,” the detective said.

Daan shook his head. “The sooner he gets used to hearing bad news, the better.”  The detective scratched his sideburn.

“Mr. Coen, I’m so sorry to say this, tonight of all nights. But there’s been an accident. Your  wife’s car went over the Ballard Bridge. She didn’t make it.”

Daan Coen keeled over and keened, a sound more piercing than nails dragged against a  chalkboard. The detective described what happened. The grates were slick. His wife had been  speeding to beat the drawbridge, raised to let a party yacht into the Fremont canal. She skidded  and lost control. Daan sobbed and asked the Lord why. But Mikael thought he knew that, too.

After a moment, Daan asked,

“But wouldn’t she have seen the warning lights? Wouldn’t the gate have dropped? I don’t  understand how this could happen.”

The detective pursed his lips. He spoke in the way adults sometimes did that made Mikael feel as  if he’d been naughty.

“Not here,” the detective said.

Mikael watched from the porch as Daan left to identify the body. He’d promised to stay with one  of the neighbors that lived in the apartment units of The Bridgewater. As Mikael turned, he heard  a chattering sound, and it drew his attention to the stoop next door. A young girl sat with her head

pushed between her knees, her body rocking back and forth and her arms enclosing her shivering  shins.

“Why?” He bit his lip. “Also, you shouldn’t talk like that. My dad says bad words send people to  hell.”

The girl didn’t answer. When she looked up, he saw the gray eyes of a feral cat ready to scram  into the city gutters.

Mikael walked inside and turned up the music. He took the cookies from the mantle and went  back to the porch, holding them in the rain, in view of the girl.

“You want to help me open my presents?”

The girl shrugged and stared at her knees.

Mikael sighed and stomped back to the Christmas tree. He moved the gifts from beneath the tree,  one by one, into his bedroom. He knew the girl would come out of the rain soon. No kid could  resist Christmas presents. On each trip to the tree he passed a photo of his mother. It was the kind  with two faces, one of the smiling front and the other a profile. The two-faced photo was  ghoulish, and each time he passed it became harder to look at because of the goosebumps that  tickled his arm. He didn’t want to open presents in front of the ghost that had once been his  mother.

Mikael waited on his bedroom floor. The music blared from the living room, but over the  smooth, velvet voice of Sinatra came the soft pattering of uncertain footsteps.

The girl appeared in the open doorway of his bedroom.

Her eyes were glued to the presents.

“Where are your parents?” she asked.

He sniffled and pushed the presents towards her.

“Here. You can have them all.”

He handed her a football wrapped in gold paper, something he never wanted. Mikael’s father  wanted it for him, in the same way Daan wanted other things. Be a good, Christian man. Don’t  cry. Stand up straight. Don’t tell lies.

The girl tore the paper from the gift, filling the silence with the sound of shredding paper. Her  eyes sparkled. She tossed the football in her hands as if it was something she was made to do.

“My name is Montgomery. But you should call me Monti. I’m seven.”

“My name is Mikael.” He paused, thinking of his Norwegian grandfather for whom he was  named, a strict Lutheran who built the walls that enclosed them now. It was a name his father  wanted for him.

“But you should call me Sasha. I’m seven and a half.”

Monti shoved an entire cookie into her mouth. She smiled, showing the crumbs stuck between  the gap in her front teeth.

“I was sad yesterday,” he said. “My mom said goodbye yesterday.”

She took another cookie and ogled the rest of the gifts.

“I can’t take your presents.”

“Why the hell not! I’d kill for this many toys.”

“They’re from my dad. And he’s the reason my mom’s gone.” He picked another gift and laid it  in her lap. “Also, you shouldn’t swear.”

She nodded, as though everything he’d said made perfect sense. He felt very brave next to her, so  he whispered through clenched teeth, 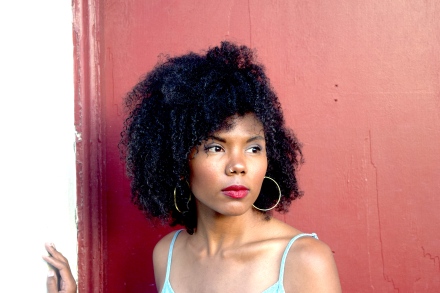 Marissa Harrison is the author of her debut novel, Rain City Lights. She began her career by reading as many books as she could get her hands on, and would fondly wander the aisles of her neighborhood Target to pick the hottest reads for her enjoyment and education. She caught the bus from her job in Downtown Seattle to take classes and workshops offered around the city, and eventually completed her first novel during the early morning hours while watching the trains roll by from her apartment window. She is an avid reader of mysteries, true crime, and heart wrenching love stories, and explores these themes in her own writing.

In her spare time Marissa enjoys running, hiking, dramatic miniseries’ and a great glass of wine. She lives in Seattle with her husband and four guinea pigs.

Here are all the books that I am excited about coming out in December 2021! There are a bunch of genres here and some really exciting books so let me know what you think in the comments below!